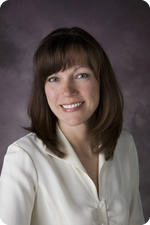 Dr. Deemer (or Dr. Laurie as she prefers to be called) grew up in Minnesota. She has family in both Minnesota and Wisconsin. She moved to Georgia in 1991 where she decided to go back to college. Dr. Laurie attended the Medical College of Georgia School of Dentistry (the only dental school in the state). She graduated at the top of her class in 1997 with a GPA of 3.96 (the highest in the history of the school at the time). Incidentally, she also set a school record on Part I of the National Boards with a score of 98. There is another link in the website for a complete list of the honors she has received. Dr. Laurie is uncomfortable talking about her accomplishments, but feels that patients have a right to know what their doctor's credentials are.

The month after graduating from dental school, she gave birth to her only child, Kevin Strohschein. Kevin has played baseball since he was 5. It is his passion. Kevin played 4 years of college baseball for Tennessee Tech where he broke almost every offensive record. In 2019, he was drafted by the Washington Nationals into their minor league system. Dr. Laurie couldn’t be more proud.

Dr. Laurie and her husband, Greg, were married in 2007. Greg is very giving, hard-working and fun to be around. As a hobby, he makes pens. You can find them at Wild Art Gallery on the historic Covington square.

Dr. Deemer acquired her practice in Covington in April 2003. She loves her diverse patient population. She enjoys the variety of general dentistry. Dr. Laurie is very proud to provide four exceptional jobs to four exceptional people.

In her spare time, Laurie devotes her energy to animals in need. She serves on the advisory board of Furkids, a large shelter in north Atlanta. She has volunteered for Furkids since 2006. Dr. Laurie has taken time off from dentistry to help the people and animals affected by Hurricanes Katrina, Rita, and Harvey. She advocates for TNR (Trap, Neuter, Return) and has been trapping feral cats to get them fixed since 1992. Dr. Laurie has four spoiled cats of her own (Parker, Betty, Chico and Kylie) and any number of fosters/rescues residing in the foster rooms that Greg made for them.